The leading hypothesis for the adaptive function of play in animals is the rehearsal of important life skills like getting enough to eat, avoiding being eaten, avoiding injury/disease and reproducing. This is exactly what we observe in dog-dog play, play fighting (wrestling and mouthing), play feeding (chasing), play fleeing (being chased) and play reproduction (humping, pawing). But how do we know these behaviours are indeed play and not actually the real thing?

What to look for in good dog-dog play: 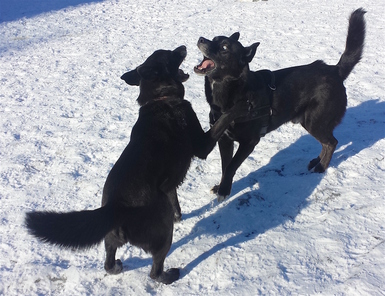 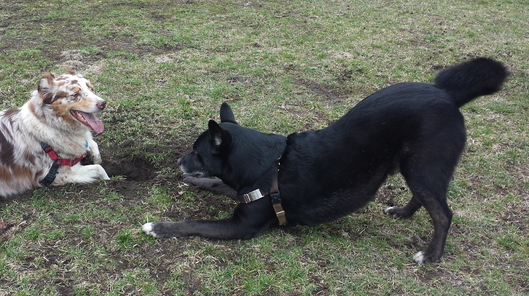 An example of Play face, pawing and a play bow.

What to be wary of:

What if you are not sure that both dogs are enjoying it? DO A CONSENT TEST!

Playing rough including growling is normal in dog play provided it is mutually consenting between the dogs. But if you are struggling to tell the difference or if you are not sure both dogs are enjoying it you can do a consent test. In fact, be liberal with them!

HOW TO: Anytime you want to be sure both dogs are consenting you can haul off (or recall) the presumed “perpetrator” dog, then watch and see if the supposed “victim” dog takes the opportunity to get away OR if they come running right back for more. 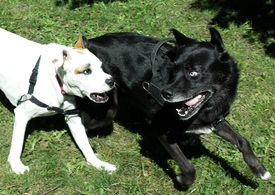 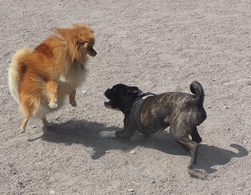 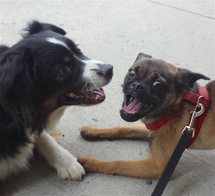 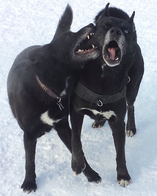 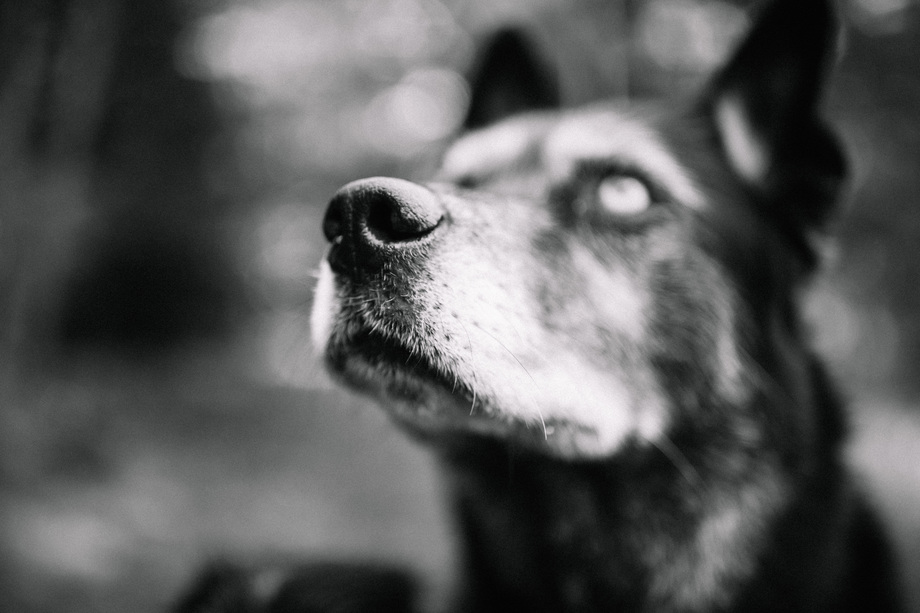 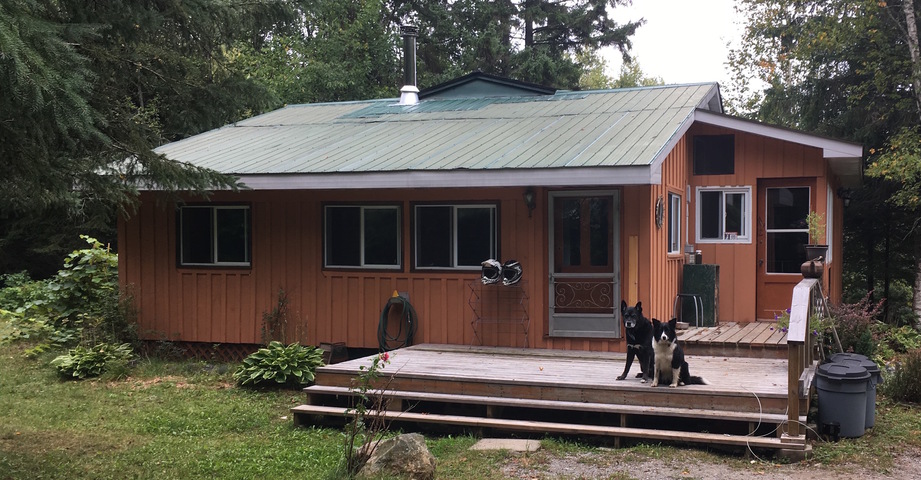 Can You help aggressive dogs with all positive methods? (VIDEO) Jan 25 2017